Trouble in Sambadise; Issues with PBIS Active Directory and Samba 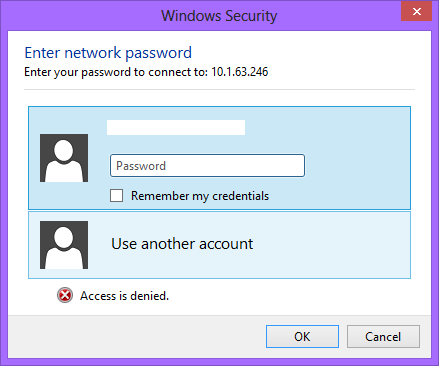 We have joined the server to Active Directory and there are likely no issues reported with running pbis status, so what could be wrong?

I had a look through some logs in /var/log/samba/, where there are logs for each machine that has tried to access a samba share. Open one of them and you’ll possibly see four errors occur (with the timestamp lines removed)

This is crazy; it seems like there is something wrong with joining the domain – but we are already on the domain and can change users! Ah ha, but I haven’t yet run the Samba-Interop installer, which allows you to integrate PBIS authentication with Samba.

Following this guide, for version 8.x, I ran /opt/pbis/bin/samba-interop-install  – but this failed!

If anyone asks what the difference is when using Ubuntu over CentOS, one answer you might commonly find on Google is to do with how “up-to-date” Ubtuntu is, with new and updated packages all the time, compared to CentOS which may be lagging behind with older, more stable, releases. So at the time of writing, Ubuntu’s implementation of Samba – as installed by default – is at version 4.16 and PBIS is at 8.2.1.something. Both are the latest; yet they don’t work together when using the samba-interop-install to link PBIS with Samba, which only supports versions up to 3.5 it seems.

In fact, this seems to be a problem that has been around for a while. Its for PowerBroker to figure out and fix; but actually, they even only discuss version 3 in their installation guide. So we probably can’t use Samba 4 at all and there is no indication that that will change. In the meantime, you have to use an older version of Samba. But how?

It looks like there is a way to get this working with an older version of Samba, build for Ubuntu 12. Thankfully, it worked fine – so referring to this link, the following had to be done:

Running the samba-interop-install should now work fine and, at least in my case, everything fell into place. Hopefully everything will work better now for other people too – but if anyone has any issues, comments or suggestions, please feel free to discuss them or to get in touch.

‹ Creating a Windows shared drive in Ubuntu 14.04 with Samba Trouble in Sambadise; How to remove .DS_Store and other system-created files in Samba ›

10 thoughts on “Trouble in Sambadise; Issues with PBIS Active Directory and Samba”